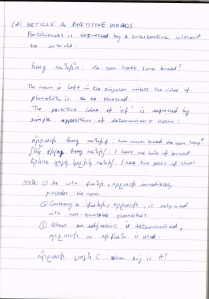 The centenary of the Armenian Genocide in April 2015 has seen a deluge of online publications about the events of 1915. But there wasn’t always such a plethora of materials. I became interested in the Armenian question in the seventies, but there was very little scholarly literature available. I was saved by the 1976 Minority Rights Group Report on the Armenians, and I got hold of copy, I think by sending away for it. It was somehow lost during house moves over the decades, but I was delighted to find this week that it is available to download on the Minority Rights Group website, along with a 1987 update.

It is still an impressive document, but what I’d forgotten on a rereading was that there had been virtual silence on the Armenian question from 1923 until 1965. As the report says, ‘It suited all parties to keep quiet’ – and this included the USSR. How things have changed!

Forty years on, I’m writing a novel that is in part a homage to the Armenians. The amount of research material is almost overwhelming – a long way from the days when a scholar in London sent off a stamped addressed envelope and a postal order to obtain the MRG report. Download it and see what you think.